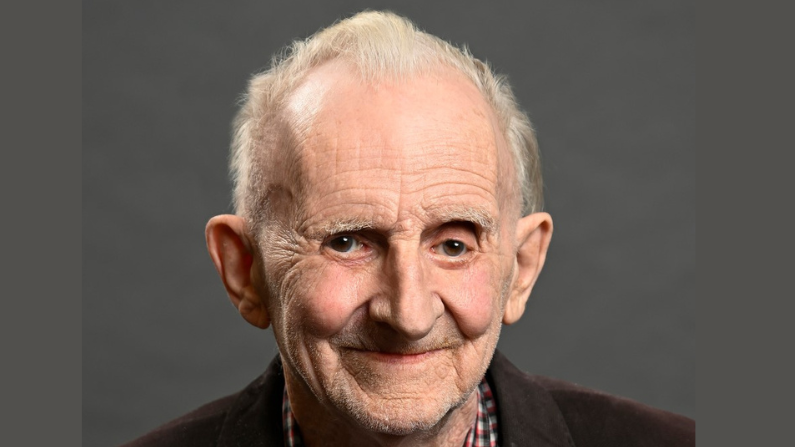 After being afforded the great honor of being inducted into the Systems Contractor News (SCN) Hall of Fame, Charlie Butten spoke to this publication about his amazing career, a career that has spanned the modern media era.

Charlie has seen and been a part of some amazing innovation, all the while working alongside some of the biggest names in entertainment and media since the sixties. In the early days, Clear-Com products were used by groups such as Jefferson Airplane, Janis Joplin, and the Grateful Dead as part of their touring systems. They have been widely used by performers ever since. If we listed all the deployments of Clear-Com products, we would have no space for the interview. We hope you enjoy Charlie Butten’s reflection on an inspirational career spanning six decades. 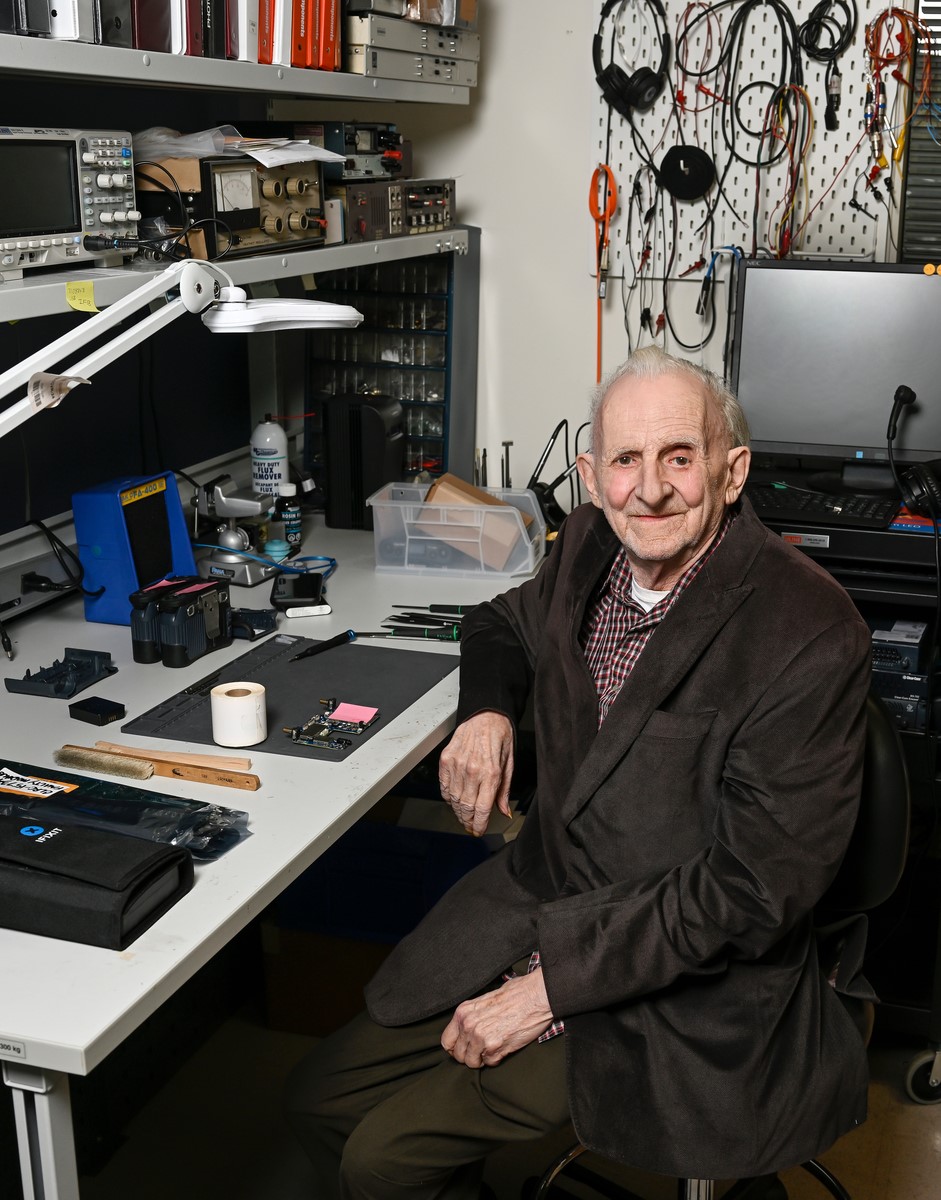 Can you describe your journey from the East Coast to San Francisco and the partnership with Bob Cohen that led to the creation of Clear-Com [i]?

Basically, a friend of mine from the East Coast was out here in California, so I flew out and stayed in a little apartment on Dolores Street in San Francisco for $40 a month. This was my first introduction to the West Coast.

I went back and forth from West Coast to East Coast a few times, working as Sound Man at Café Au Go Go on Bleecker Street in New York.[ii] There I worked with the likes of Joni Mitchell, Jimmy Cotton, Procol Harum, Cream, and many more.

During this time, Bill Hanley convinced me to go to Boston to work with him on sound equipment. In Boston, I met Bill’s brother Terry who had an intercom system that had little beltpacks which required a cable homerun to an amplifier in the backroom. This was the best one could do with tube amplifiers. Each beltpack requiring a homerun limited the number of stations that could be supported.

I eventually returned to the West Coast and started Butten Sound, designing and selling a sound system to Santana. This was my jumping-off point. I ended up at a little warehouse on Evans Street in San Francisco where I designed and delivered additional audio equipment to Santana as well as creating a system that I rented out to others who needed high-quality sound systems.

During this time, I ran into Bob Cohen who ran Bob Cohen Sound and provided similar sound systems. As time went on, we both realized the crowds kept getting bigger and bigger and therefore the venues became larger to accommodate them. Here, Bob and I saw an opportunity. Bob came over to my place and we brainstormed solutions and came up with the foundation for the analog partyline system we have today. This concept was different from Terry Hanley’s system in that driving the line with a current source meant that we did not have to have a homerun for each station.

The other important thing that came out of this meeting was the name Clear-Com. We ran through various names and eventually, I suggested the name “Clear-Com,” to which Bob replied that “it would work for now and we can always change it later”.

The rest is history.

What need were you fulfilling when you designed the distributed amplifier intercom system?

The common method of delivering messages, such as from the mixing console to backstage, was to have a runner deliver a piece of paper. That was fine at the Café Au Go Go, but when it came to the Fillmore…yeah, it took a while! “This was a big problem at the time as venues grew larger.”

What were some of the key challenges you faced while developing the distributed amplifier intercom system, and how did you overcome them?

The first challenge was to come up with a headset with a boom mic. Today, they are everywhere but it may surprise you to know that back then, they were not that common. I was walking down Market Street in San Francisco when I found the “Switchcraft Language Lab” headset at San Francisco Radio, which was a parts store. I went in and bought three of them.

The next challenge was the amplifier. At around this time(integrated circuits) were starting to become a thing and manufacturers started sending me their literature about their new products. The ability to use ICs instead of tubes enabled me to put the amplifier in the beltpack.

Our next challenge was to come up with audio parameters which would punch through the high level of background noise at events to convey the message intelligibly to the recipient. What we created is still used in Clear-Com products today.

Our last significant challenge was to determine how to facilitate a call signal while still providing uninterrupted high-quality audio. The solution to this led to the development of the Clear-Com line termination which is still in use today.

How has the industry changed since you first started Clear-Com in the 1960s, and how has the company evolved to meet these changes?

The company has evolved a lot and spread out around the globe.We had one specific purpose in the beginning, but it turns out there are a lot of other applications that have recognized and adopted our intercoms.

We started with analog partyline, but our products have evolved to include matrix and wireless systems to cater to a broader customer base. Interestingly, though, there’s still a significant market for analog partyline products, all these years later.

What are some of the most memorable projects or events that you’ve worked on with Clear-Com?

The most memorable project is probably KÀ by Cirque du Soleil at the MGM Grand. They did an installation where the stage manager’s loop comprised 120,000 feet of cable. I had to work very hard to overcome that, but we did!

What advice do you have for aspiring entrepreneurs or engineers looking to make their mark in the industry?

Jim Williams (analog engineer and one of the pioneers of Linear Technology Corporation) was absolutely right when he wrote about having your own home laboratory.

It really, really does work. In a home lab, everything stays right where it is and nothing goes missing. It gives you the time and place to do everything you need to; no one is coming along and sweeping up your project and sending it out the window. You can disappear into your own world and focus on what you are doing, without interruptions from the craziness of the work environment.

How has your role at Clear-Com evolved over the years, and what are you currently working on at the company?

I don’t know, now I’m just a grumpy old man. A fossil, hahaha. I still do what I enjoy, which is designing the electronics of our products. People keep asking me when I am going to retire. That may be when they have to carry me out feet first.

What keeps you motivated and engaged in your work at Clear-Com after all these years?

Well, what else am I going to do? This has been my hobby forever.

How do you think your experience and perspective as a veteran in the industry have helped shape Clear-Com’s direction and success?

Well, in the early days, I shaped Clear-Com’s direction significantly, but of course naturally, we have more guiding lights now.

How do you see the future of intercom technology and the broadcast industry, and how is Clear-Com positioning itself to meet these challenges and opportunities?

Today, the intercoms have all the fancy digital and wireless whizz-bang technologies. However, keeping in mind that the world is still analog, our strength is our focus on analog design to present the best signal to the digital world. This helps us achieve the sound we are known for with our customers. Our customers know that we would bend over backward to give them a good experience.

Finally, how do you feel about being honored in this way by the Systems Contractor News (SCN) Hall of Fame?

Back in the mid-60s, when I came up with a simple solution to a simple problem, I did not think of it as a big deal. This recognition is certainly a nice honor! 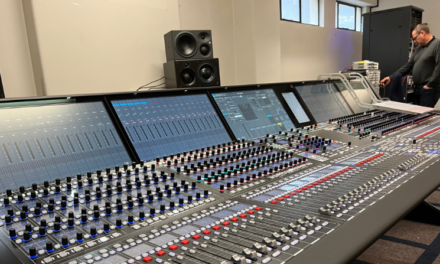 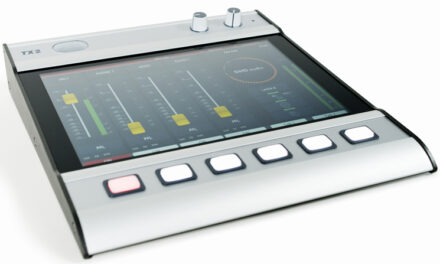 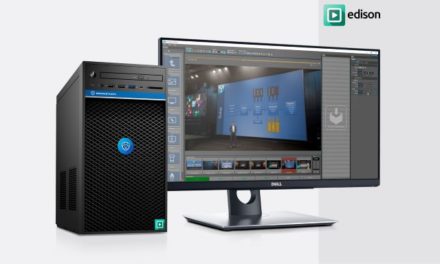 How broadcast workflows can be adapted to live events